It’s hard to imagine the Microsoft Flight Simulator franchise has ever been as relevant as it is in 2020, even when considering its long and critically acclaimed history. In a world brought to its knees by COVID-19, where commercial flights are considered hazardous by most people, the ability to get on your computer and escape on a virtual plane of your own has a particularly strong appeal.

The most recent entry in the Microsoft Flight Simulator series was released for Microsoft Windows a mere four months ago, in August 2020, and it just received a major upgrade: a virtual reality option. Right on time for that VR holiday trip around the world you’d been planning with the family. 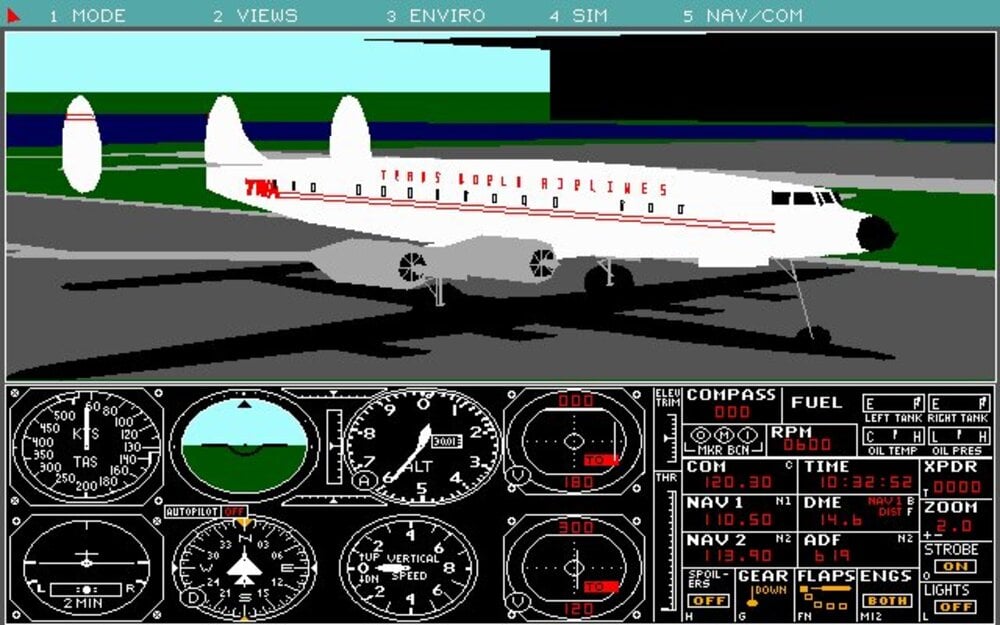 The Microsoft Flight Simulator franchise has always been characterized for its penchant for pushing technological boundaries (think of it as the James Cameron or Robert Zemeckis of flight simulators). It’s no surprise then, that Microsoft would finally dip its Flight Simulator series’ toes in the popular VR waters.

The first installment of Flight Simulator (back in its pre-Microsoft days) hit the world in 1982, developed by Steve Artwick. Even back in its humble beginnings, the sim showed hints of what would eventually become one of the longest-running and most technologically advanced games ever. Later that year, when Microsoft acquired the license from Artwick, the franchise’s die was cast. 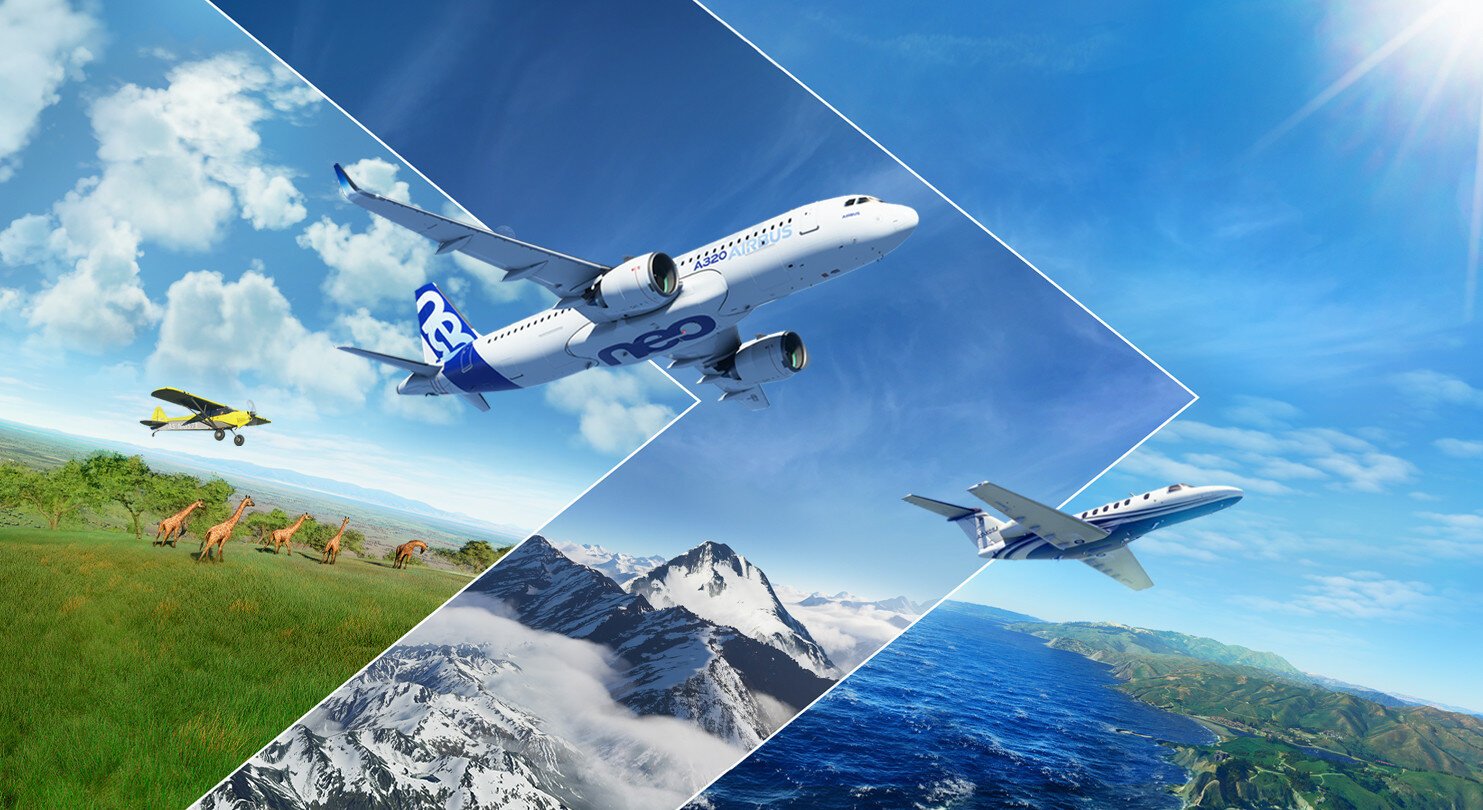 Fourteen years have passed between the release of FSX and the launch of the newest Microsoft Flight Simulator. The sim’s new developer, Asobo, has brought the series to the cutting edge of technology again with key new features like real-world traffic integration (in real time!) and a fully dynamic real-time weather system. This was all before we even knew Asobo would deliver a VR experience by Christmas.

Of course, as it’s to be expected with pretty much every major gaming release these days – especially projects developed during COVID-19 restrictions – Microsoft Flight Simulator also has bugs and issues that are still being worked on by the Asobo team. The most demanding sims fans have actually sworn off the game until all the glitches are fixed . . . . Could the new Microsoft Flight Simulator VR setting lure them back? 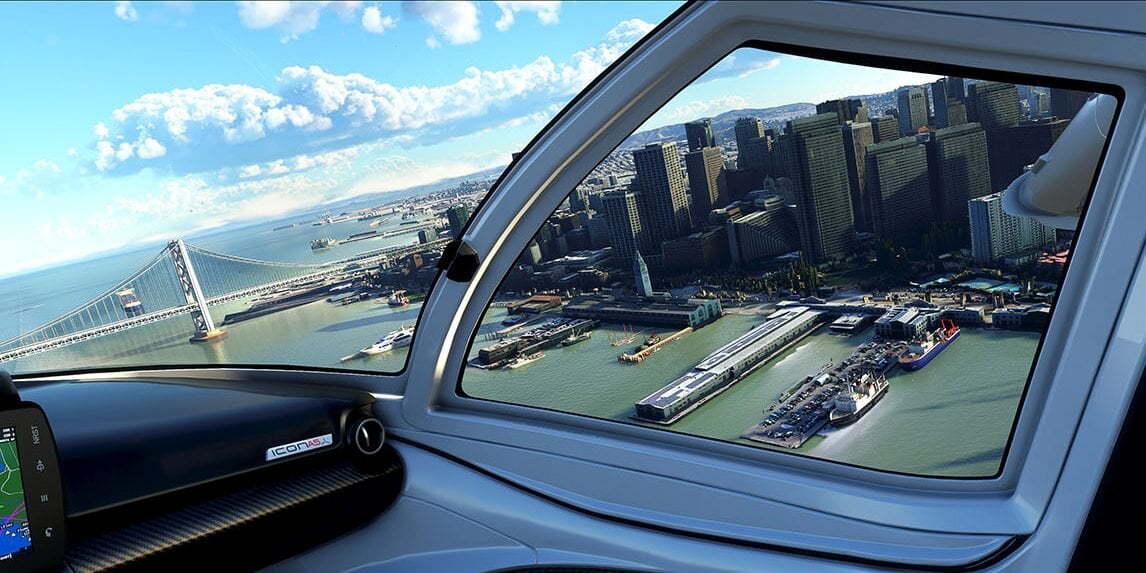 The December 22nd free update to Microsoft Flight Simulator introduced the VR feature to the game and included support for OpenXR-compatible headsets – mainly Windows Mixed Reality headsets as well as the Valve Index, HTC Live, and the Oculus Rift & Oculus Quest. Obviously, the other important requirement is having a computer that’s powerful enough to run the VR feature at a decent resolution.

A beta-test of the VR feature run by Microsoft listed an i5-8400 or Ryzen 5 1500X paired with a GTX 1080 as the minimum specs. If your system meets those conditions, all you have to do to try out the VR in Microsoft Flight Simulator is hit Ctrl+Tab. Customized keyboard mapping features a new VR tab under “Settings”.

Have you tried the new VR feature on Microsoft Flight Simulator? Did you find it liberating? Let us know in the comments!