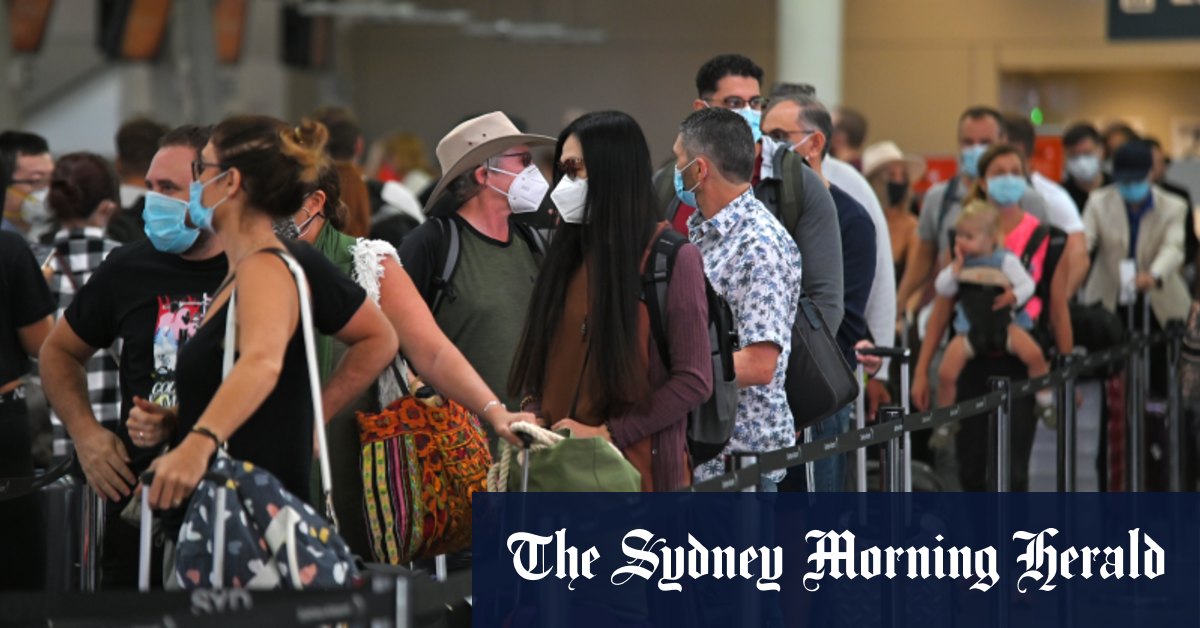 “It still means you can pick up the infection overseas – maybe even some mutant strain – come back into the country and spread it everywhere,” Professor MacIntyre said.

“While you yourself are not going to end up in hospital you can set off a massive outbreak.”

Studies have shown that the Pfizer and Moderna vaccines have efficacy rates of 94 per cent. However the AstraZeneca vaccine, of which Australia has secured enough for 26 million vaccinations and will be the second rolled out locally in March, is only 62 per cent effective at preventing asymptomatic infection.

Qantas this week reopened bookings on most of its international network from July 1 including to the pandemic ravaged United Kingdom and United States, despite there being no change to the government ban on Australians leaving the country.

The airline said its decision was based on the projected deployment of vaccines abroad and their planned rollout in Australia by the start of March. However, health experts believe herd immunity will be needed before any major resumption of commercial passenger travel given questions around how effective the vaccines are in stopping the spread of the virus, rather than just lessening its symptoms.

Tony Blakely, an epidemiologist and public health specialist at the University of Melbourne, said Australia would not have herd immunity until October and that returning travellers would still need to go into quarantine in the meantime to prevent further outbreaks.

“There will still probably be the need for some form of quarantine well beyond by July for countries with higher infection rates,” Professor Blakely said. “Quarantine-free travel with those countries [such as the UK and US] is going to be highly unlikely to happen by July.”

The World Health Organisation has also warned that enforced quarantine is likely to remain a feature in countries like Australia and New Zealand that have largely eradicated the virus until herd immunity is achieved.

Australia currently has a “one-way bubble” open with New Zealand allowing people from New Zealand to travel here without going into quarantine, but not in the other direction.

Health minister Greg Hunt on Wednesday brought forward Australia’s vaccine rollout by two weeks to commence in March and is expected to finish in October.

Mr Hunt said it was not yet known whether the vaccines being rolled out around the world controlled transmission of COVID-19, and that is what would determine when Australia reopened its borders.

“What we’re likely to see is a progressive opening up – there won’t be just one day where all of a sudden everything’s open,” Mr Hunt said during an interview on 2GB radio.

“As we believe it’s safe that people can leave and be able to return, then we’ll open those steps progressively.”

The federal government has also warned consumers to not get their hopes up on international travel, with Deputy Prime Minister and Transport Minister Michael McCormack saying on Tuesday that there was no guarantee anyone booking a flight would be able to travel.

“Decisions about when international travel resumes will be made by the Australian government,”Mr McCormack said.

While brining forward UK and US flights from an October start, Qantas has also pushed back services to Singapore, Hong Kong and Japan which were set to resume from March to July as the prospect of COVID-safe “travel bubbles” dissipate.

A Qantas spokeswoman said the carrier had “aligned the selling of our international services to reflect our expectation that international travel will begin to restart from July 2021”.

“We continue to review and update our international schedule in response to the developing COVID-19 situation,” she said.

Start the day with major stories, exclusive coverage and expert opinion from our leading business journalists delivered to your inbox. Sign up for the Herald‘s here and The Age‘s here.

Business reporter at The Age and Sydney Morning Herald.

Getaway to Portland: An Insider’s Guide to the City

Climate protesters glue themselves to train