Travellers may be risking the spread of COVID-19 with a sneaky loophole that guarantees them an overseas holiday.

In an effort to prevent the further spread of new mutations, many governments have started requiring negative COVID-19 tests from those seeking to fly across international borders.

But some passengers around the world, including in the United States, have discovered a wildly illegal workaround in which they’re tampering with test result documents.

“I just fired up Photoshop and changed the date,” said one man who admitted to Vice Motherboard that he forged negative COVID test results for a group of friends.

“Fun fact, the document (test result) was in French whereas they were in Sweden the day it was supposedly made, but they didn’t see a problem in that.”

Another recent traveller, who took a holiday to Southern Europe, breached the rule by changing the date on an old test so it appeared to have been collected within the required test time window.

Forgery is a crime in the US, but both said they had successfully gotten away with it.

Others have not been so lucky. This month, 45 people were detained by Croatian police for having fake polymerase chain reaction (PCR) tests, a crime punishable by up to three years in prison if they’re found guilty. A 17-year-old Dutch girl was also recently caught with a fake negative COVID-19 test while in transit.

Travellers complain that test requirements are pricey and say they’re motivated to falsify tests, not due to a lack of respect for the rule, but an aversion to paying for a proprietary PCR.

“Yeah, motivation is mostly to save money,” one travel test falsifier said over WhatsApp, Motherboard reported.

They admitted they felt “kind of scared” by the possibility of repercussions, but added: “Nevertheless I think it’s very likely that most airline workers are not looking out for this type of fraud.”

An administrator for aviation trade association Airlines for America confirmed to the publication that, to their knowledge, the airline staff who check passengers’ test results do not have any specialised training. 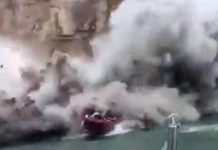 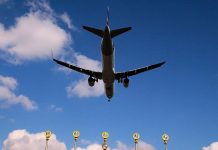 Tributes for tradie killed at work

The shining cross from the ruins