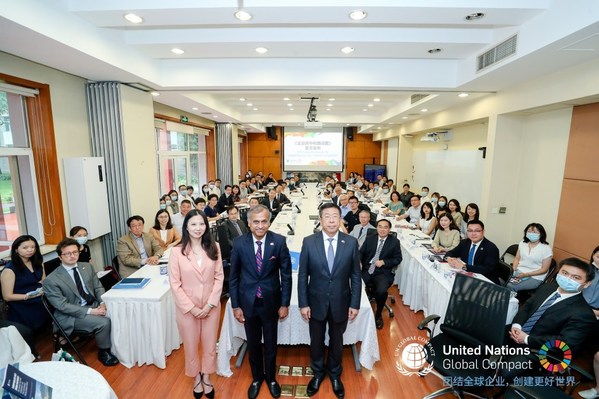 Pan Gang, Chairman of Yili Group, proposed the concept of “green leadership” as early as 2007. Since then, Yili has integrated sustainability into its corporate strategy and established its “three-level target system” for environmental protection and sustainable development. Key actions have been delivered in across the whole life cycle to reduce carbon emissions, including pastures and plants development, production, distribution, and consumption. For instance, Yili has been working to build a more integrated farming system that enables a low-carbon formula of pasture and further recycles animal manure as fertilizers. By 2030, Yili’s estimated carbon emissions per ton of dairy products is expected to decline by 40% with 2012 as the base year.

CO2 equivalent (CO2e) emissions reduction in the past 11 years equivalent to 10.7 billion kilowatt-hours of electricity

Yili began its comprehensive carbon emissions auditing in 2010, leading the way in China’s dairy sector. Since then, a dedicated team was created to carry out carbon emissions auditing on an annual basis. Yili followed IPCC guidelines and standardized its auditing process. A holistic system was set up to collect and monitor the consumption of water, electricity, gasoline and diesel, and steam, as well as sewage discharge, among others. With over a decade of efforts, Yili has reduced 6.51 million tons of CO2e emissions, which is equivalent to 10.7 billion kilowatt-hours of electricity.

In 2021, Yili launched its official Carbon Neutrality Project and carried out carbon emissions auditing across every product line, including liquid milk, ice cream, milk powder, yogurt, etc. Among them, Satine Organic Milk is a great example of Yili’s carbon reduction efforts. In 2020, Satine used FSC-certified packaging materials for 4.9 billion packs of its products, sourced from a total of 185,500 mu of responsibly managed sustainable forests. On this year’s World Environment Day, Satine debuted an innovative plant-based cap made of sugarcanes, a recyclable and renewable source, which effectively reduces carbon footprints and is the first of its kind in China.

Speaking at the Paris Peace Forum 2020, UN Secretary-General Antonio Guterres emphasized that, “Every country, city, financial institution and company should adopt plans for transitioning to net zero emissions by 2050.” As a leading player in the food industry, Yili will strive towards a low-carbon and sustainable future as one of the pioneers, with the vision of fulfilling its dream of a “World Integrally Sharing Health”.

CHiQ Launches Its New Washing Machines in the Philippines

Vietnam creators make history as The Bureau Asia wins in My...

Onion Global Surpasses RMB100 Million in GMV During its 2022 New...