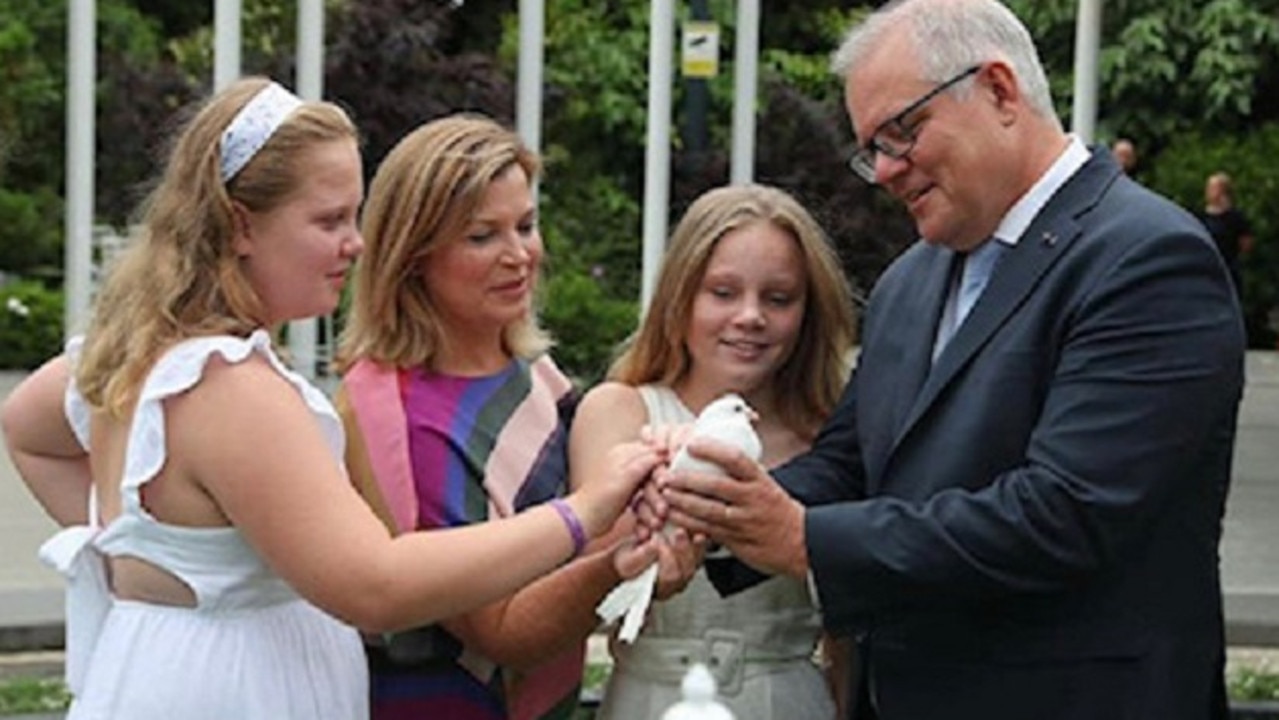 Scott Morrison secured a travel exemption to return to Sydney for Father’s Day over the weekend in a taxpayer-funded VIP flight.

Scott Morrison secured a travel exemption to return to Sydney for Father’s Day over the weekend despite prohibitions that require anyone visiting Sydney to isolate on return to Canberra for 14 days.

The Prime Minister’s office has confirmed Mr Morrison flew on a taxpayer-funded VIP flight to Sydney on Friday afternoon and that he returned on Monday morning.

News.com.au understands he was planning to relocate to Sydney for the foreseeable future after seven weeks away from his family in Canberra.

However, those plans changed when he had to return to Canberra briefly for a meeting of the national security committee of cabinet that could not be conducted remotely for security reasons.

As a result, he flew to Sydney for Father’s Day and then returned to Canberra.

The ACT’s Covid-19 lockdown, which began on August 12, has been extended several times and is now scheduled to end on September 17.

It was on the basis of the NSC meeting that ACT chief health officer Kerryn Coleman provided the Prime Minister with an exemption to fly home to Sydney and then return to Canberra.

He is expected to fly back to Sydney in the coming days.

He was granted a Level 3 stay-at-home order by ACT Health, which requires frequent testing and restricted movement whilst in the ACT.

Similar exemptions have previously been granted to Treasurer Josh Frydenberg to travel from Victoria to Canberra to prepare the budget.

Deputy Prime Minister Barnaby Joyce also gained an exemption to enter the ACT despite a lockdown order in Armidale.

The official advice on the ACT government website strongly advises against travel to Sydney at this time.

“ACT residents who have spent any time in NSW in the previous 14 days will need to complete the online exemption form within 72 hours prior to arriving in the ACT and enter quarantine immediately for 14 days,” the advice states.

“Exemptions will be granted to ACT residents once there has been verification of identity and residency in the ACT. Non-ACT residents will require an approved exemption from ACT Health prior to arriving in the ACT and will also enter quarantine for 14 days.”

However, those rules can be waived if an exemption is secured from the ACT chief health officer.

In Father’s Day social media posts on Sunday, the Prime Minister did not refer to his trip to Sydney to spend time with his family.

In the caption on an Instagram post featuring a photograph of Mr Morrison holding a white dove with his two daughters and wife Jenny, the Prime Minister said that the image had been taken months earlier.

“Being a Dad is a special gift that we are given in life,” he wrote. “On the day this photo was taken of our family together earlier this year I was reminded of just how precious this gift is.”

The Prime Minister has spent months separated from his family as a result of border closures this year while he was working in Canberra and when he was required to quarantine for 14 days after he travelled to the United Kingdom.

Mr Morrison has previously faced criticism over a secret trip to Hawaii with his family during the summer 2019 bushfire disaster.

After it was revealed he had flown out of the country to holiday he was forced to cancel the trip and fly home earlier. He later admitted he should not have kept the trip secret.

“In hindsight, I would not have taken that trip knowing what I know now,” he said.

“The office won‘t do that again. You learn from these things.”

News of the Prime Minister’s flight came to light after enthusiastic plane-spotters noticed one of the Royal Australian Air Force’s business jets, a Dassault Falcon 7X, flying from Canberra to Sydney on Friday afternoon in a 25-minute flight and returning to Canberra early on Monday morning.

As a result, the Prime Minister’s office released a statement outlining his brief visit to Sydney.

Make the Most of Your Vacation in Gatlinburg With These Tips

SALE ALERT: Adidas Super Brand Day on November 25 with up to 50% OFF and MORE