ANTWERP, Belgium, Oct. 6, 2021 /PRNewswire/ — The stars of the restaurant world converged this evening (5th October 2021) for The World’s 50 Best Restaurants Awards 2021, sponsored by S.Pellegrino & Acqua Panna, hosted in Antwerp, Flanders. This year’s event saw restaurants from 26 countries across five continents place on the list, culminating in the announcement of a new No.1, as René Redzepi and his team took to the stage to collect the double honours for Noma in Copenhagen, Denmark, as The World’s Best Restaurant 2021 and The Best Restaurant in Europe 2021. 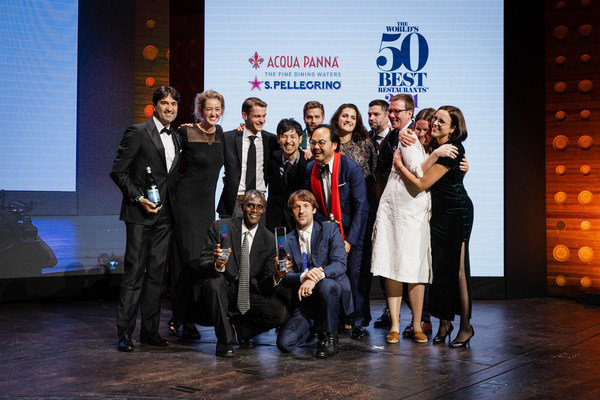 René Redzepi and the team from Noma: The World’s Best Restaurant 2021, sponsored by S.Pellegrino & Acqua Panna

Taking over the No.1 position from Mirazur, which has been elevated to the Best of the Best hall of fame, Noma has climbed from the No.2 spot in 2019 when it was announced as the Highest New Entry on the list in its fresh incarnation. This new iteration of Noma is eligible for The World’s 50 Best Restaurants list due to three key changes from the original version: its location, concept and ownership structure.  Noma is joined in the top three by Geranium (No.2) also in Copenhagen, Denmark and Asador Etxebarri (No.3) in Atxondo, Spain.

William Drew, Director of Content for The World’s 50 Best Restaurants, said: “Noma is surely the most influential restaurant of its generation. It has also become one of the most sought-after destinations by diners from all over the world and we are delighted to announce it as this year’s No.1.”

Thailand Uplifts Contemporary Cultural Crafts to the International Market with the...