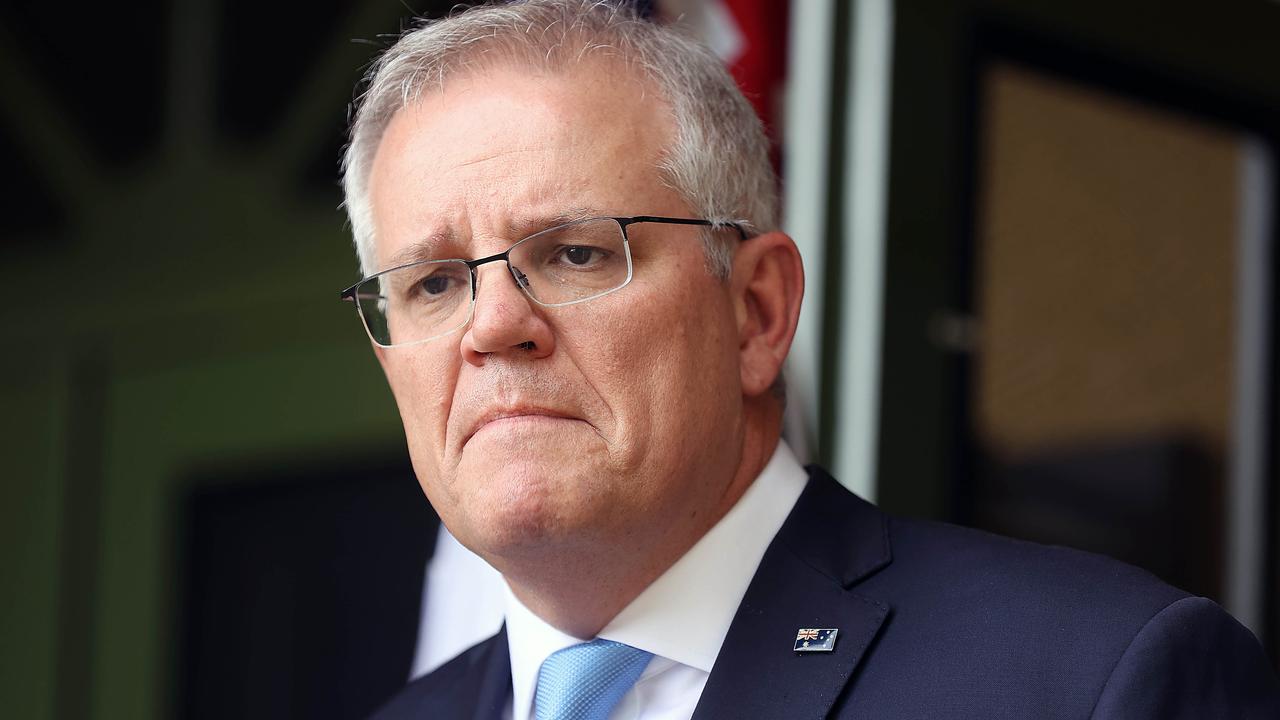 Days after announcing international travel will be back on the cards for vaccinated Australians within weeks, a crucial group won’t be allowed in until 2022.

Days after Prime Minister Scott Morrison announced international travel will be back on the cards for millions of Australians, there’s one key group that won’t be allowed in until next year.

Speaking to Sunrise on Tuesday, Mr Morrison confirmed that while vaccinated Australian residents will be able to book a holiday overseas in November once a jurisdiction reaches the 80 per cent double vaccination rate, overseas travellers hoping to visit Down Under for a holiday won’t be able to do so until 2022.

Mr Morrison said the first step will be allowing fully vaccinated Australians to travel overseas and allowing vaccinated residents who have been living overseas to return home.

“We need to get those home quarantine facilities or procedures in place. NSW will have those in place next month.

“And for the other states and territories, I have spoken to Dan Andrews about this, we are getting trials in place there as well. Once at home quarantine model is up and running at scale, this will enable that to happen.”

Mr Morrison said the next priority would be bringing in skilled migrants and international students who are double vaccinated.

He said international tourists would then be allowed to enter the country some time next year.

“We’ll get to international visitors I believe next year. The priority is Australians, we are ready for takeoff,” he said.

Australian immigration has been at its lowest since World War II because of Covid-19 pandemic restrictions. The pandemic has also had a disastrous effect on Australian universities that rely heavily on fees paid by international students.

The education sector fears that students will enrol in other countries unless Australia opens its border to them soon.

The Australian Tourism Export Council, which represents a sector that made $A45 billion a year from international tourists before the pandemic, wants international visitors to return by March.

Given tourism is one of Australia’s largest export industries, industry bigwigs say how Australia reopens to the world in the coming month will be crucial in reviving the industry decimated by Covid-19.

Australian Federation of Travel Agents (AFTA) chair Tom Manwaring has called on the government to scrap caps, and essentially remove all “hurdles” associated with travel into the country.

“Along with eliminating airline seat caps, the aim must be quickly removing all hurdles for all approved, vaccinated inbound passengers to access rapid testing,” he said in an interview with Travel Weekly.

“Once they get a negative test, they should be able to go about normal activity immediately.”

Despite the Morrison Government’s announcement that international travel for some Aussies within weeks, the woes experienced by the tourism sector will only continue as long as caps are in place and quarantine remains for foreign visitors.

Philip Goh, regional vice president of the International Air Transportation Association (IATA) said Australia needs to follow the lead of the US, Canada and some European countries who have lifted quarantine requirements for international arrivals.

“International travel recovery will be muted and restrained when quarantine remains,” Mr Goh.

“A number of major states — the U.S., Canada, European states — have lifted quarantine requirements for international arrivals. Australia needs to work toward a similar approach.”

Australia’s international borders have been closed since March 2020, with residents needing approvals and certain exemptions to exit the country.

Previously, the Board of Airline Representatives of Australia (Bara) said that without international visitors, overseas carriers would keep flights in and out of Australia at a “fraction of pre-pandemic levels” which could up the ticket price for Australians hoping to jet in and out of the country.

Qantas, who have brought forward the restart of international flights from December to November in light of the government’s announcement on Friday, said while some flights “sold out” immediately, the “ongoing demand for international flights will hinge largely on what quarantine requirements are”.

“The shift to seven day home quarantine for fully-vaccinated Australians with a negative test is a great step towards reducing this closer to what is becoming standard in many countries overseas, which is a test and release program,” Qantas CEO Alan Joyce said.

Margy Osmond, CEO of Australia’s Tourism and Transport Forum, agreed with Mr Goh and Mr Manwaring and said that she would be working closely with the federal government to have quarantine requirements removed as quickly as possible.

“We will also be calling for international inbound tourists, international business travellers and those travelling for major events to be allowed to travel as freely as outbound and returning Australians, as the immediate next step,” she said.

On a World Trip in Antwerp, Belgium

Huge no to activewear on a plane

Criticism mounts: Annastacia ‘out of control’